The first burst of energy getting though the opening section of ‘The Last Alive’ has burnt out leaving me hanging onto the first half hour duration with nowhere to go.

Morag, the girl who has returned from the dead, has awoken fairly quickly. My internal debate about keeping her dead for a while was quickly sorted when I found having a corpse sitting around during the story meant she didn’t have much of a say in matters. It also meant that it risked falling very quickly into something like ‘Weekend at Bernies’ as I’d have two men try desperately to hide the body of a ten year old girl from her Mother. 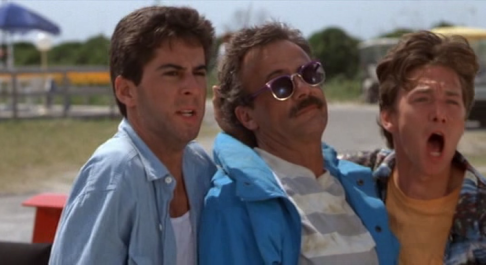 I’ve also had her wander away from our main character and end up meeting her Mother anyway. Her Mother reacts with great shock but accepts her on face value and is now thinking her daughter has come back. I’m beginning to think this has come in far too easily and it would be better if she’s met with a little more resistance initially. Morag has been given the power to twist minds to her own desires though so it’s also got to be done by taking this into account as well.

I probably need to stop here and take the overall story into account before pressing ahead again. The adrenaline fuelled sessions have only got me so far. Back to the notebooks I go.