Years ago, in college (which wasn’t that long ago but just feels like an eternity), I made a film called ‘Le Telephono’. As most projects were during college time it was merely a short piece which featured dialogue we christened ‘Bullshit French’ in the edit suite. Basically, it was made to look like French New Wave cinema but nobody could actually speak French. Therefore it became a thing to ‘sound’ French instead. If it was done in English then everybody would be walking around saying ‘blah, blah, blah’ in toff accents.

It’s the story of a man who walks past a phonebox in the middle of nowhere and hears it ring. He answers the call to be told the greatest joke in the world by the guy on the other end. Our man then thinks it’ll be an ideal business opportunity to sell the joke as a cure for depression charging £2 per listen. He has two customers who get along with this idea fine but the third guy doesn’t react at all. Instead he wants his money back because he ‘didn’t get it’.

We filmed this around February 2003 in the Forest Of Ae outside Dumfries. I remember the day because it was -4c and everybody was freezing. It was finished in an art college sense, meaning it was watchable and was shown at a student film night. This did mean it was extremely rough around the edges. Because it was in a remote village in winter and I had a thing about not having any full scale lighting in my films (blame DOGME95 and me being a prick at the time). Therefore the film gets progressively darker and darker as it goes on. Also it received no sound mix at all so at one stage a car goes past and the sound stops suddenly during a cut. For a giggle with mates it was fun but for a film to be shown on any showreel it was garbage. I have long since lost my only copy, gone to the mists of time.

I do not have the time nor the financial resources to make my own movies anymore. Perhaps I should have made more during my college days, gone out with cameras at weekend and the like, but it’s too late for any of that now. Seeing the edit of Robotics recently has convinced me that it’s often best to let other people who know better make the film, to not hold onto it like ‘your baby’ and see what happens when somebody else casts an eye over it. This afternoon I’ve spent an hour (re)writing a script and synopsis for The Telephone Call which retains the story but removes the Bullshit French as I thought it could be considered a little bit racist for major public consumption.

For the most part I’m looking forward to see if anybody takes this on with a more professional job than I did a decade ago. There is a small voice saying that it’s dredging up an old idea for my own benefit, of revisiting something that didn’t really work the first time and expecting the same results. I’m reminded of Sam Raimi, who found success with Evil Dead and then went straight into making Evil Dead 2 which was pretty much the same thing but with far more money towards it. 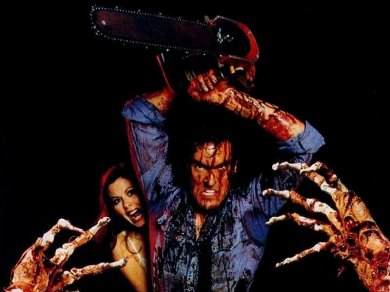 The one thing I’ve learned over the last few years, in relation to trying to get into writing as a career, is to always make sure your email is worth checking and that means having scripts being read and looked over whilst you’re busy writing something else. It means not writing in a bubble, disconnected from everything. For this reason I’ll also be rewriting the synopsis for Seven Lucky Stars this week and relisting that as well because I still have faith in that script and believe it to be a good project.

One thought on “A Telephone Call”